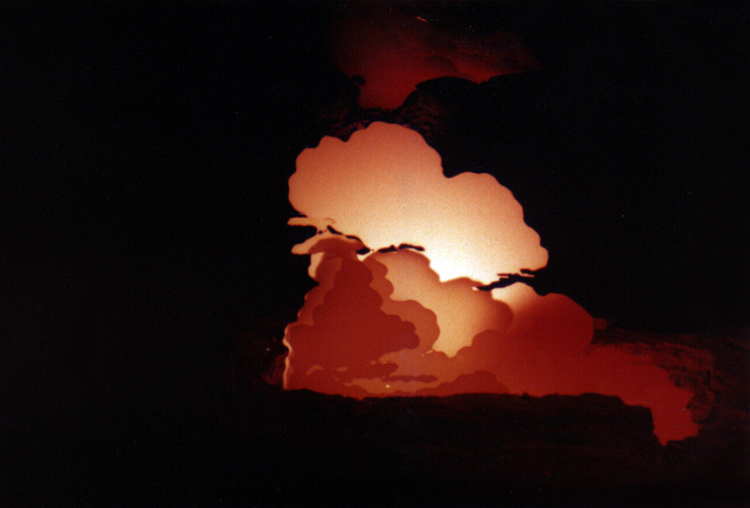 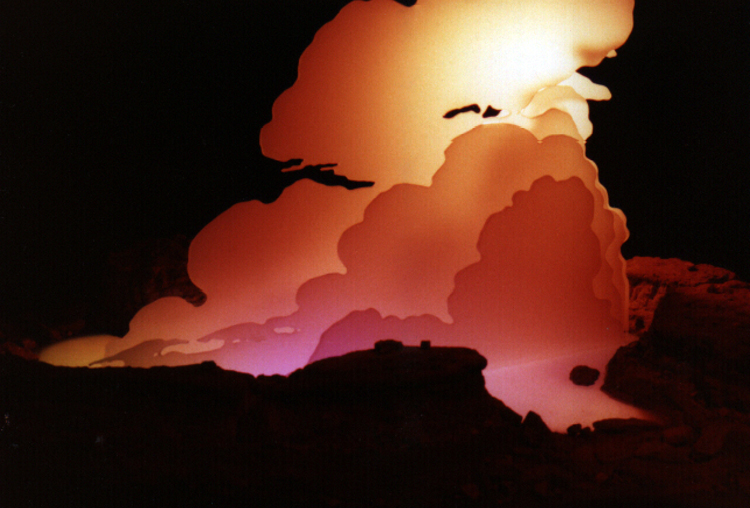 "The Edge of Eternity"

"About "The Edge of Eternity" and "Trans-Dimensionalism"

"We have all played cloud games as children, imagining faces and forms in the swirling masses flowing across the sky. One day, years ago, as I was drilling for uranium on our mining claims overlooking Castle Valley, (near Moab, Utah), the weather grew nasty and a great wall of clouds boiled up the valley, filling it completely. From my perch, high on the boom of our rig, at the edge of a cliff hundreds of feet above the valley floor, it seemed that the world dropped off into oblivion--that I was literally at the "Edge of Eternity."

As amazing as the reality was, the images it triggered in my imagination were staggering. For years afterwards, the images kept coming. Unfortunately, conventional art forms were far too restrictive to convey what I was experiencing so, the images were trapped in my "mind." When I discovered my "creative voice," Nov '87, I knew I had also found the means of physically reproducing what I was experiencing in my imagination. This new medium enabled me to produce art that is perpetually new, and capable of generating an endless number of beautiful, stimulating effects. With it, I can pass the creative "baton" to the Viewer, allowing him or her to continue the creative process and express himself /herself artistically. I was granted a United States Patent for this new art form in 1990.

Because the Viewer is transported from dimension to dimension, I have tentatively named this new art form either "Trans-Dimensionalism" or "Inter-Dimensionalism", (I haven't yet decided which I like best). Not coincidentally, this medium has several interesting commercial applications: 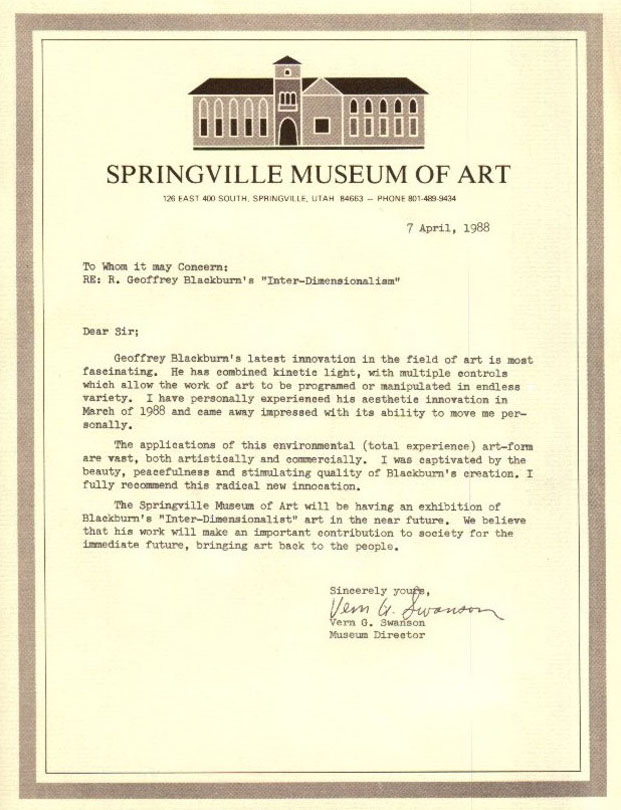 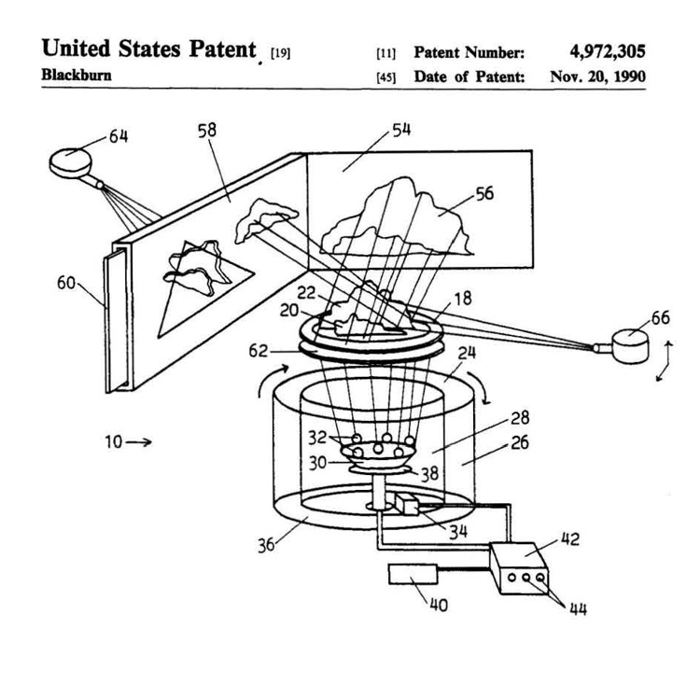 "There is much more to this system than
is readily apparent..."