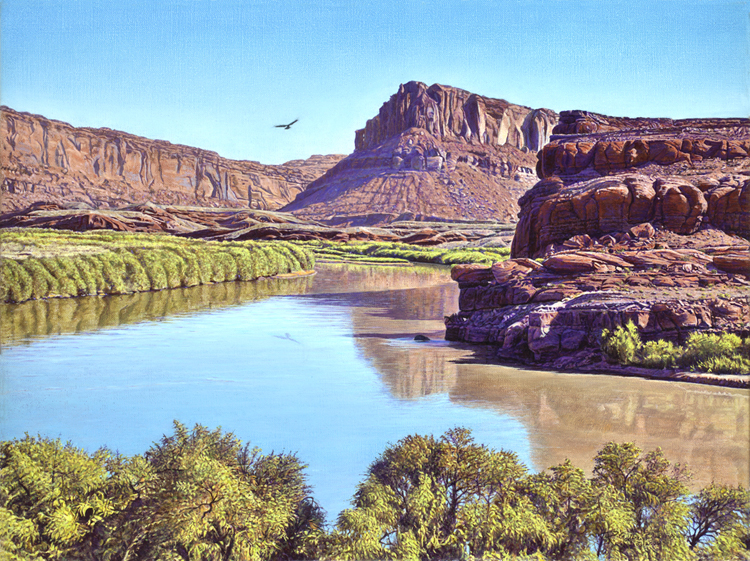 "This painting came about as a result of an expedition through Canyonlands National Park with my friend Tom Davis and his trusty Toyota truck. Tom and I got up a couple of hours before dawn and headed out of Moab turning just north of town near the old Atlas Minerals Uranium Mill site, following the Colorado River from the White Rim Trail. The idea was be in position to photo the sunrise beneath Dead Horse Point and then proceed along the road taking pictures and exploring on the way. We followed the trail (9 hours and 103 bumpy miles of it) all day skirting the Colorado River as it twisted around going this way and that. At every turn another amazing sight awaited us. I took dozens and dozens of pictures. We came upon this particular view on the western leg of the trail in the late morning or early afternoon. It always amazes me how much everything changes depending upon where you are on the river bank and what time of day it is. If you haven't seen the White Rim Trail, you've really missed something!  Grand Canyon has nothing on this these vistas. The painting "Knobs" also came about from this trip it was from the early morning eastern leg of the trail. "